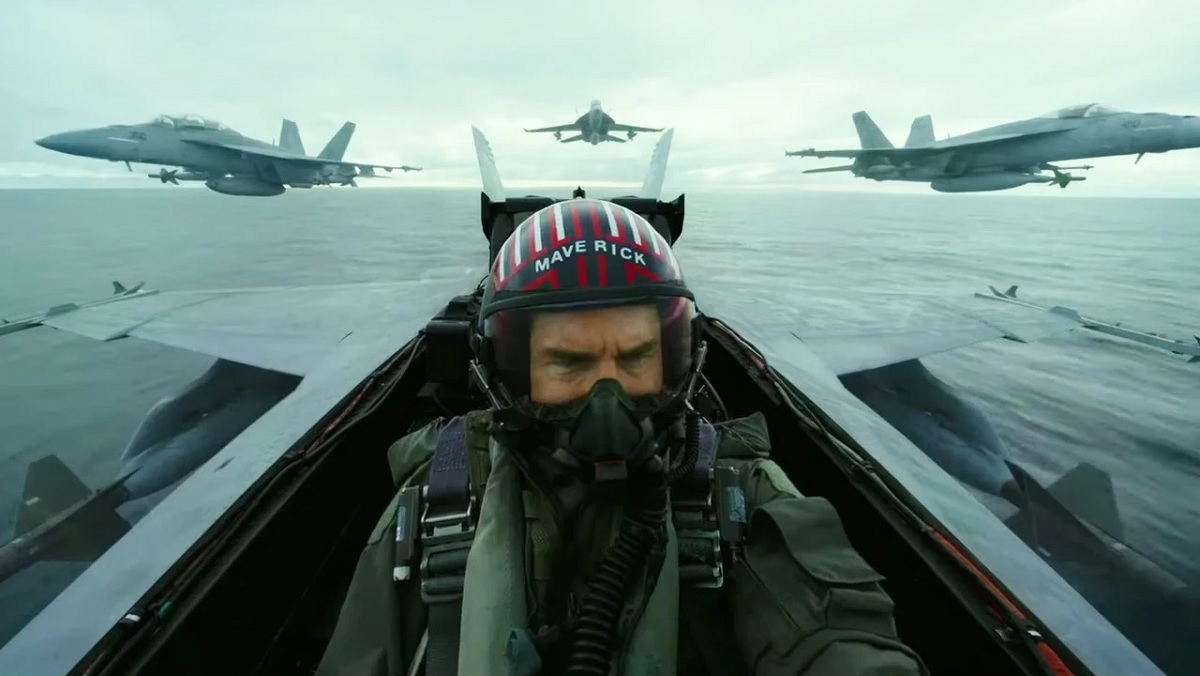 Top Gun: Maverick ‘will take your breath away’ with its tense flight sequences, beautiful camera work and heartfelt drama.

After 3 long-awaited years, it is finally here. Watching Top Gun: Maverick, I felt a great sense of pride in seeing cinema deliver a style of blockbuster long absent from the multiplexes. Cruise’s return to the big screen felt like a pat on the back ensuring me ‘everything was going to be okay’. It had been too damn long. As a seasoned action vet with a recent resume as glowing as Edge of Tomorrow and the Mission Impossible franchise, I admit I was perhaps anxious as to whether Cruise still ‘had it’ but I had already had my sigh of relief about 10 minutes into the picture. Hollywood is back baby!

The film follows Maverick, returning from the 1986 original, as he is sent to Top Gun to train a new batch of pilots for, what seems to be, an impossible mission. Of these recruits is ‘Rooster’: son of Maverick’s deceased best friend ‘Goose’ of whom Maverick tries to win approval of. A bulk of the film’s runtime is dedicated to the numerous training exercises the recruits must go through -ranging from flight sessions to an (another) oddly homoerotic beach sports sequence.

The flight sequences themselves are truly breathtaking. It’s a relief to see a picture pride itself on its practical dedication as it made for the action to be much more authentic, and in fact, tense. Parts of the film, I was taken aback by the notion of ‘holy sh*t, that’s actually the actors piloting these things’. Cruise is a given but I commend the rest of the cast of following his daredevil footsteps. These sequences are further bolstered by fantastic cinematography which only adds to the the gigantic nature of each shot. Some parts I was genuinely like ‘how did they film that?’ but I guess with Cruise, anything is possible.

A minor critique I hold over the flight sequences is, however, the lack of standout and fore fronting moments assigned to the recruits. Though Maverick’s ability is unquestioned, there exists a real lack of progression for everybody else in the advancements of their skills. Even for more prominent characters like Rooster or Phoenix, they were never given a real moment to ‘shine’ in the training sequences. One minute it seems they all have no chance of success then the next minute, they are on the actual mission. It’s rather jarring to witness if not a little confusing and unrealistic. Perhaps it was Cruise’s reluctance to have the spotlight taken off him?

Calling Top Gun: Maverick solely an action title would be very misleading. At its core, it has lots of drama which is surprisingly well developed. I already touched upon Maverick’s conflict/relationship with Rooster but, honestly, its their interactions which truly outlined the film’s key themes relating to regret and redemption. While Miles Teller did kill it as Rooster, at times I wished he was a little bit more of his own character. Too often he feels like a simple recreation of his father’s character. Maverick’s internalised battles and interactions with the legacy cast (ah em Iceman) bring into the mix a tender outlook on the nature of ageing itself and the importance of utilising our time on this Earth as much as possible before the inevitable.

The film’s biggest fault lies in the romance subplot established between Maverick and Penny (Jennifer Connelly). Their scenes bear little importance to rest of the story with Penny hardly interacting with the rest of the cast at all. Overall, she exists as a mere love interest but, at times, her and Maverick’s chemistry can be questioned. There is an ambiguity surrounding their relationship which is already established by the film’s beginning yet never seems to take off into anything noteworthy. It was this element of ‘Old Hollywood’ which felt like it should’ve just stayed in the past. It’s a shame as their screen time could have easily been attributed to developing previously mentioned aspects of the plot.

Despite a few narrative hiccups, Top Gun: Maverick‘s grandiose nature cannot be questioned. It delivers way more hits than misses and is generally propelled by its incredible action and touching core story. It’s a beautiful ode to the blockbuster, the original and Tony Scott himself.