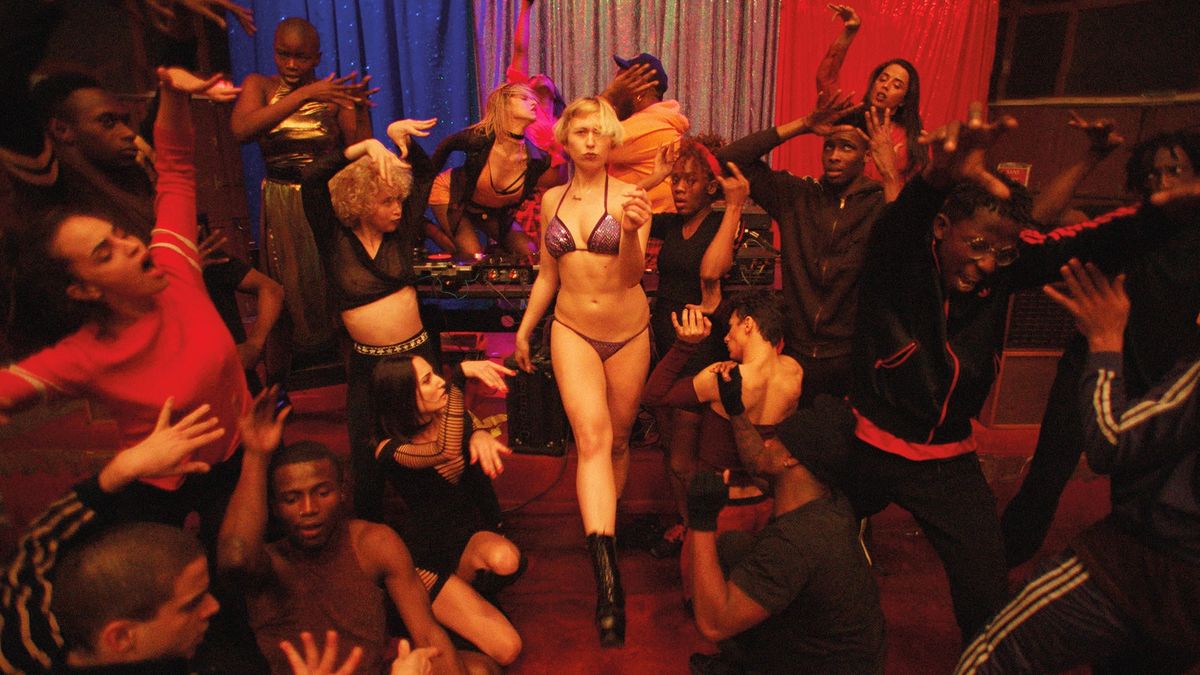 The French never fail to horrify.

Since cinema’s inception, the French have earned a prestigious reputation as one of the most fu***d up  bunch of filmmakers. Climax is exemplary of their tendency to portray, frankly, exquisite atrocities.

Gaspar Noe manages to impressively introduce the film’s ill fated 24 characters through the a beautifully extensive dance sequence at the beginning of the film. The performances are carried out to the instrumental version of Supernature, by Cerrone, that, through its pumping disco beats, foreshadows of the adrenaline of the haunting scenes to follow. The rhythm to which each performance intertwines to the next allows the viewer’s focus to smoothly shift from a character to the next easily, offering a steady distribution of screen-time to each dancer. Surprisingly, the cast’s use of improvisation allows for each actor to construct each personal interpretation of their own characters. As the choreography had not been rehearsed before the shooting, the actors had the opportunity to experiment with their fictional identities and the shared space on camera. Dance is Climax’s narrative language. With minimal dialogue, each character’s descent into hellish psychedelia is pinpointed by the every-growing animalism in their movements. Considering the length of the film’s 15 sparse takes (the longest being 42 minutes long) the importance of the dancers’ concentration, dexterity and physical engagement remains paramount throughout as the vouyeristic nature of the film arguably captures what can be described as ‘the breakdown of the body in the real’.

In the film’s third act, the camera loosely starts to follow individual characters with the focus switching at whim. The background remains demonically vibrant both visually and audibly as the character’s increasingly disturbing beavhiour is never left unseen – whether they are undressing, fighting or f*cking. The fast paced setting allows for the viewer to be guided from image to image with their focus quickly shifting from one action to the next, create a barrage of stimuli – equal part exhausting yet wickedly entrancing . Throughout the film, even the children aren’t safe from harm.This is what makes Climax even more of a disturbing ride as Noe reminds us he is taking no(e) prisoners. The character of Tito spends much of his film presence as a mere scream behind a door but it is a scream, you are never not reminded of. Whenever the camera follows characters rushing past the room he is in, Noe makes sure to amplify his cries. Though the colours throughout Climax remain kaleidoscopic, it makes use of daunting shift to a monochromatic red – a shift I found suprising at first, but perfectly metaphorical in its narrative context once I became accepting of Noe’s reminders that things are not going to turn out okay. Through the continuous break into dance and the chaotic nature of the overlapping events, central elements of the film are disregarded in favour of the fleeting, irrelevant ones; distracting the viewer in order to enhance these shocking components.

The blend between the horrific events carried out and the reactions on behalf of the characters, expressed through sporadic dances leaves the viewer enthralled by the images on screen. A delicate balance of calamity and enchantment.