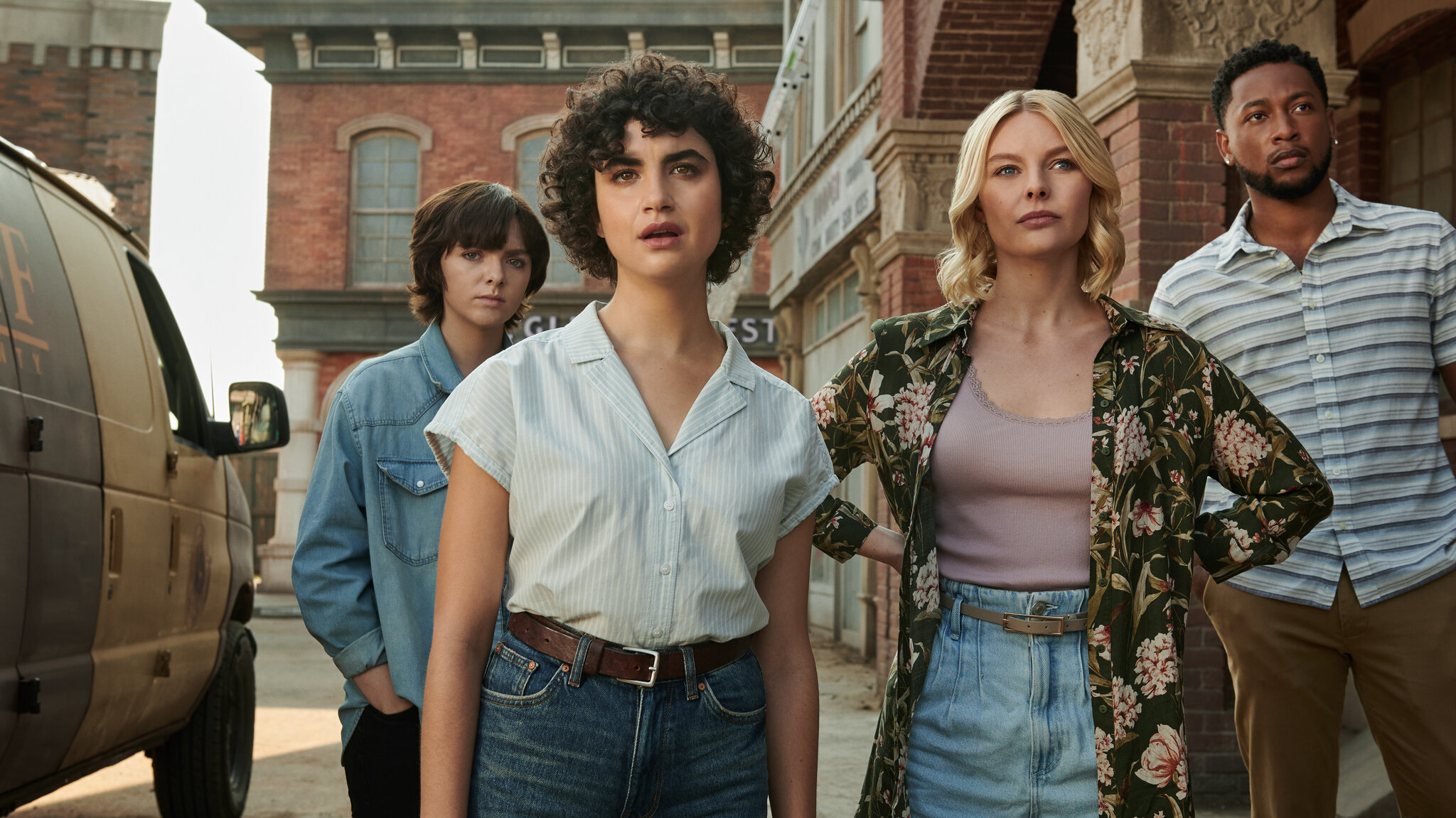 Netflix’s newest Texas Chainsaw outing is a massacre in itself of the cult classic’s legacy.

After the surprising enjoyment I managed to wring out of this year’s entry into the Scream franchise, my view towards the entire legacy sequel trend admittedly softened. For me, Scream 2022 proved that the perfect balance between the old and new can allow for projects to venture throughout new ambitions all while staying true to what made them special within the first place. So with this in mind, the prospect of a new Texas Chainsaw film had me eagerly excited as I was intrigued as to how well the franchise would be introduced to a new generation of movie goers. Upon viewing, my assessment is not very well..at all.

The film follows a bunch of teens as they to attempt to revitalise the dying Texan town of Harlow through the attraction of investors. Upon arrival they meet Ginny, an old lady, who is reluctant to leave her homestead of which she shares with a mysterious man. The commotion caused by the teen’s and law enforcement’s eviction of Ginny causes her to have a heart attack. Whilst on the way to the hospital, she dies which, in turn, catapults the mysterious man into a murderous frenzy which then makes us realise that he is in fact Leatherface – back for some more blood-curdling action.

From the offset, there is not much to admire about this film and because so, I see fit to outline its positives first as it will only be downhill from here. One cannot ignore the gruesome creativity which permiates throughout the film’s many death sequences. There were times when I audibly winced at the vulgarity on display and others where I honestly laughed out loud at the sheer ridicoulusness of the film’s brutal executions. This leads me to my next point which relays the film’s sporadic camp and self-awareness throughout the script. A particular sequence comes to mind which denotes Leatherface on a bus squaring up against an army of Tik-Tok hipsters as they try to ‘cancel’ the masked killer. It probably doesn’t take an expert to figure out what probably comes next but all I can say is that I loved every second of it and wished only that the film had more scenes like these scattered throughout which matched the same level of entertainment.

Instead, the film often falls for mediocrity with it protruding a particular sense of ‘humour’ which seems less intentional and more so a by-product stemming from the lacklustre writing. The dialogue is simply laughable and the characterisation of its ensemble is shallow and unconvincing. One character in particular muses on the idea of fate as she becomes leatherface’s target – all because she survived a school shooting a short time before and now believes death is finally catching up with her? To cut the film some slack however, the theme of fate maybe has some notable grounding as it seemed that the sheer number of plot conveniences almost convinced me of a divine power intercepting the happenings of its each. its almost rather majestic in all honesty.

A key piece of narrative mishandling comes through the reintroduction of Sally (Olwen Fouéré) – the sole survivor from the original 1974 film. In that film, she narrowly escapes her cannibal captives on the back of a pick up truck – laughing in both joy and relief as she strays further away from her friends’ new graveyard. Though arguably the lead, she was never particularly characterised as neither bold or resilient but merely desperate to escape her living hell. And so, to she her character take on an almost ‘Sarah Connorfication’ seems just too inconceivable. In all honesty, though her determination to face the monster of her past seems much inspired by the arcs of both Laurie Strode and Sidney Prescott in their respective franchises, Sally just lacks the iconicity of these aforementioned women which ultimately makes her stand against leatherface not one I particularly care about.

As the backbone of the entire franchise, It seemed paramount to at least get the character of Leatherface right but somehow, much like Sally, our favourite skin-masked hick is also plunged down into the gutter of bad characterisation. Though never a particularly sympathetic character, we always got the sense that beneath his grizzly exterior was a human being. When he gets his leg sliced in the first film, he screams as blood gushes from his wound. He is then stumped for the final moments of the film by his limp which in turn, allows for Sally to escape and for him to ultimately fail. If anything, this is what made him scarier as a character – how he could have simply been any ordinary person but because of how he was shaped by his family bonds of ethical deprivity, he instead became the ruthless murderer we know him to be. In Texas Chainsaw 2022 however, Leatherface becomes much more akin to his slasher counterparts Michael Myers and Jason Vorhees in the sense that he is now represented as an impervious killing machine. His resistance to physical injury does not ramp up the fear factor I believe he writers intended upon but instead reduces the character to being more of left-out boss from a Resident Evil game.

The film’s technical aspects also seemingly derail the spirit of the original title. The raw almost documentarian cinematography is swapped out for a more glossy and polished aesthetic which adds nothing to the film and much more signals West Side Story than it has any right to. The antithesis between the gruesome associations with the franchise and the film’s gentrified visual style makes for an unconvincing representation of body horror and one which seems caught between a stylistic black hole. Some shots are admittedly nice but the editing is almost sickening throughout parts on the other hand. Much of the nausea I got from this film wasn’t attributed to its graphic imagery but to its cutting which was so arbitrary and jarring it made me feel as if I was on a boat rocking from side to side.

All in all, the film’s poor writing, failure to uphold the legacy of the original and questionable technicality makes Netflix’s Texas Chainsaw Massacre simply an unpleasureable watch. Admittedly it has ideas about how it wants to represent its story but their contradictions of one another are what honestly make the film such a mess in the first place.