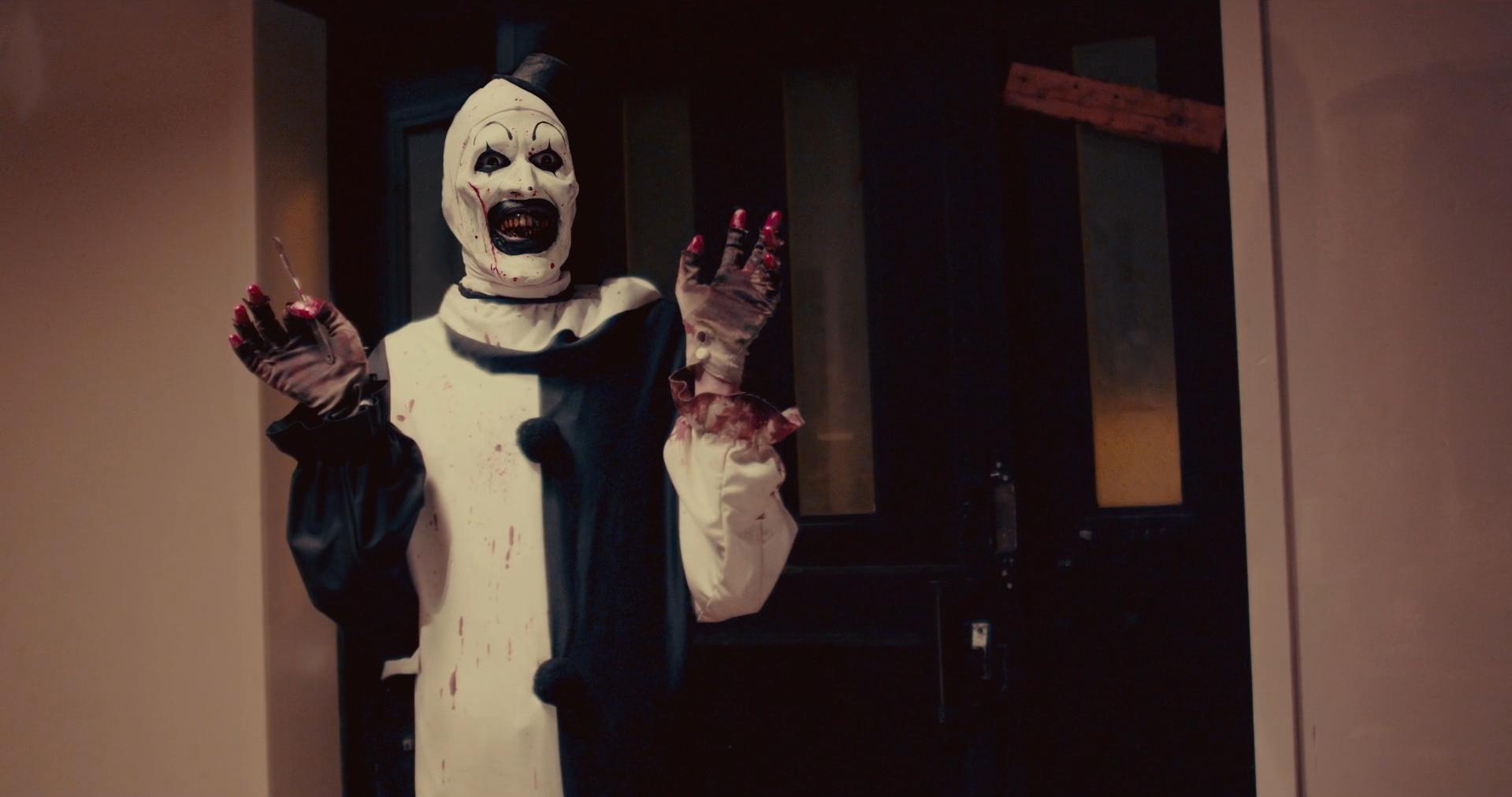 In this autopsy of true evil, Damien Leone takes the spectator on a kaleidoscopic, blood-hazed nightmare hack-sawing through anyone and everyone that is prepared to endure it.

Terrifier relentlessly violates the axioms of horror — it is without question a truly repulsive piece of work. However, it is within Leone and Thornton’s dissection of the body and physicality that Terrifier unreservedly excels. Leone strips Terrifier down to flesh and bone; composing a simple slasher narrative with untraditional, chrome-fuelled film form, which concocts into a true masterwork – engineered by one of the all-time performances.

Art the Clown is one sick-fuck, there is absolutely no other way of putting it. His unfamiliar primal cadence and carnality sets himself apart from many of the antagonists in the pantheon of slashers. Masked in the unfamiliarity of black and white clown dress, Art is unlike anything put to screen. An unrelenting, aggressively-charged nihilistic vision. Truly, and I mean this after three viewings, Thornton’s performance is one for the fucking ages.