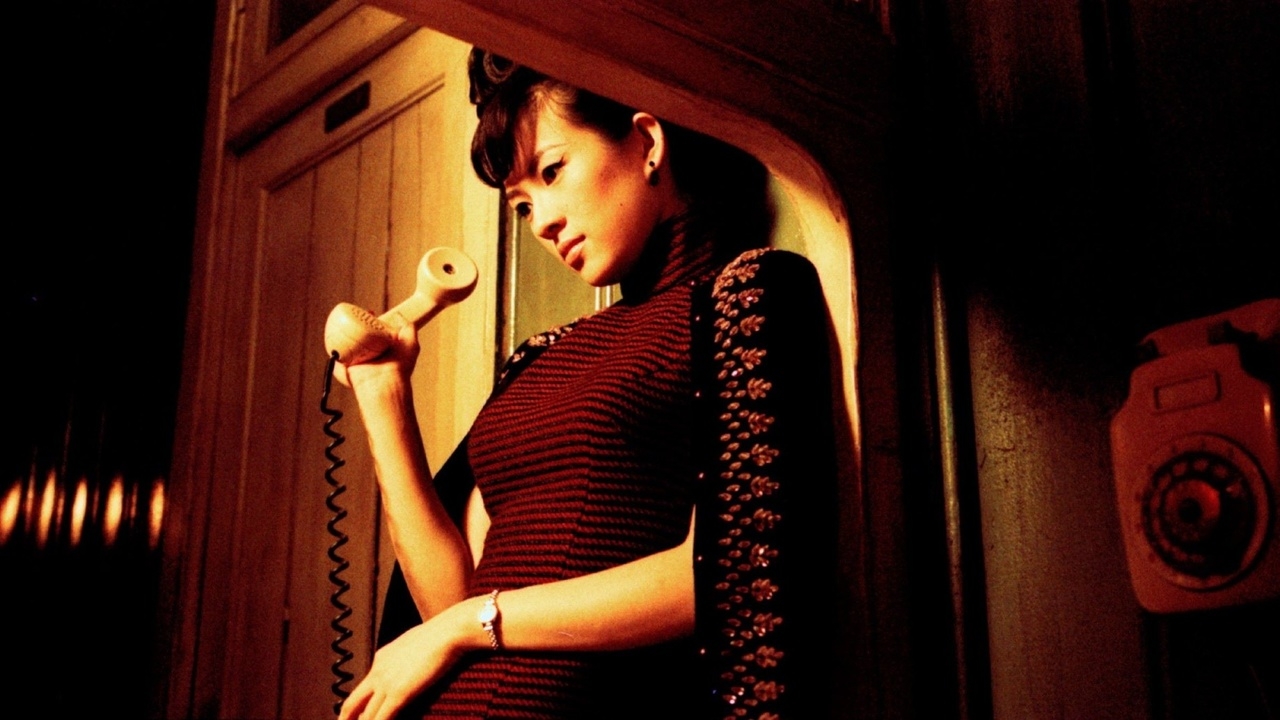 Wong Kar Wai’s 2046 serves as a devastating look at love, loneliness and the disruptive nature of nostalgia itself.

As a sequel to the director’s previous outing, 2000’s In the Mood for Love, 2046 sees Tony Leung reprising his role as Chow Mo-Wan. Having diverted his journalistic career, Chow now makes a living as a fiction writer – usually scribing quick, easy works in eroticism as a means to maintain a living. The film focuses on the interactions between himself and a key selection of women of whom leave and enter his life throughout the span of a few years. Chow meanders through both potential romances and showgirls alike in an attempt to blanket his burdening longing for Su Li-Zhen (Maggie Cheung) – the woman he considers his one true love.

Though the same character, Chow is drastically altered from who he was throughout In the Mood for Love. With his new grown moustache serving as a denotation of his revitalised identity, Chow parades himself as a bachelor figure enrooted with both a new sense of selfishness yet also, a lingering melancholy spawned by the previous film’s emotional fallout. Leung’s acting remains exceptional with him bringing a suave yet egotistical demeanour to the character.

The film also boasts an impressive supporting cast which allows each respective actor to forefront their abilities. Zhang ZiYi as Bai Lin, a prostitute who has recently broken up with her partner, brings a sensitivity yet playfulness to her character as she attempts to heal her own wounds through the pursuit of romantic encounter. Lin’s interactions with Chow formulates some of the film’s most devastating moments as the pair often question their permanence for one another. It was also nice to see Faye Wong and Leung reunited through a kinship which echoed that of their previous onscreen relation shown in 1994’s Chungking Express. Her certain free-spirited nature is translated from that film to this one allowing for a certain light to emerge in the film’s passage of darkness. Finally, Gong Li’s portrayal of ‘Black Spider’ brought a brief yet alluring mystique to the film with her character representative of Chow’s bridge between his past and future.

Though epic in scale, 2046 juxtaposes its narrative scope through its use of claustrophobic environments which again harken back to the composition of the first film. Again, these cluttered frames perfectly encapsulate the ‘trapped’ nature of the characters as they struggle to divert from the ritualist lives they have fallen into. The music is also used excellently to help draw out the cinematics of each scene whether they be those of conflict or the depiction of everyday humdrums. In short, it ensures that no sequence is ever really ’empty’ with its sonic beauty allowing you to constantly re-evaluate the contents within the space of the screen.

The science fiction elements served less of a plot element than I initially anticipated but, instead, beautifully reinforced the themes which course throughout 2046. They tell the story of a sole passenger on a train – traveling to an end goal of which he never seems to reach. This extends the film beyond the simple restraints of its onscreen narrative by speaking to us on a personal level about life’s uncertainty regarding success and the paranoia of ever knowing what true accomplishment may be. The film also takes particular care in crafting the notion that, sometimes, fragments in time can never truly be replicated no matter how hard we try. This is where the thematic beauty of the film lies: in its universality and subsequent relatability. Even from the smallest mundanities such as retrying a dish which isn’t as delicious as we remember or visiting a place we never truly loved as much as the first time around, it’s devastating to realise that, though the events of a memory can be replicated, the initial feeling is lost forever. Now, this sentiment is what brings 2046 full circle: the fatalist view that nothing will ever be the same again. We can only shape the future. Not the past.